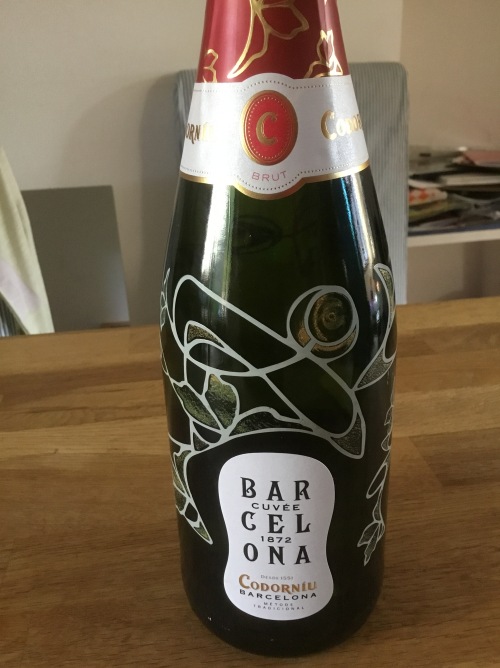 Codorníu is the world’s oldest and second-largest producer of bottle-fermented sparkling wine, known as cava, made by the traditional champagne method and it was founded in Barcelona, Spain in 1551. I first visited Sant Sadurní d’Anoia 20 years ago and was in Catalunya again last month, so I picked up a bottle of this cava. The UK sparkling wine market grew 37% between 2012 and 2016, but Spain’s cava is losing out to Italy’s prosecco. The UK bought over seven million cases of prosecco in 2016, up 12% on the year before, compared to just under two million cases of cava, a drop of 15%. Why? Cava has an image problem and its producers are seeking to rebrand it in a bid to put back the fizz into its sales.  A premium category, called cava de paraje calificado has been introduced and some producers also label their wines as ‘Classic Penedes’. Interestingly cava sales in Spain are also in decline, as some Spaniards boycott Catalan wines – indeed some cavas from outside Catalonia are marketed as ‘NOT Catalan’…

Tasting notes: Like Champagne, Cava is made according to the Traditional Method. The second fermentation, to produce bubbles and the unique flavour, takes place in this bottle. With predominant fruity notes of apple, pear, citrus and white flowers from the traditional cava grape varieties. This wine has a creamy, fresh mouthfeel. At only £2 more than their regular cava – is it worth paying the extra? Yes, however I will shortly be comparing this to Waitrose Cremant de Limoux at the same price…